At the very least, I do validate the topsy turvy links on the linkola page of Art Beat Street once in awhile. Surprisingly not too many disappear. One site that was very disappointing to me was the Glubibulga (slap-press) site who greeted me with an odd sex/porn type o’ ad overlaw. Huh? I just revisited and it’s not there… maybe it’s a one time cookie thing, who knows.

I realize there’s a bazillion more artists and sites and collectives, but a few years ago I guess I just gave up. Especially when so many of the new sites have groovy thumbnails & such, ya know? I wouldn’t mind doing an interview on occasion, so I’m not ruling that out… in fact, I think I just had a little lite bulb appear above my head… hmm. We shall see. Maybe it’s just like that other idea I’ve been pondering…

I dunno, do you think the site is still useful? Even if a little antiquated?
xoxo

I don’t know what the deal is lately… are my Taurean stars aligned to the left of the Goddess Ceres? or am I in a retrograde love/hate relationship with the Angry Food Deity? I can’t stop eating this week! I have no idea why. I am possessed. Searching for that magical food that will satiate me longer than an hour. Of course, I don’t buy things that would probably do the trick – no sweets, no big fluffy cupcakes, no ice cream—I guess that’s a good thing.

So I eat a piece of yummy bread w/PB & bananas… have another yogurt… slurp on a few more SF popsicles. Grab another mozzarella stick. Apple? oh I s’pose, might as well chomp that sucker down too.

It’s not so much the content as the action. The wanting to eat. See? If I had my damn edamame beans it would be a no brainer. Nope, still not available.

Oh well, this too shall pass… right? Like, before I gain a kazillion pounds?!
(Yes, I am exercising – so maybe I’ll just gain 1/2 a kazillion lbs) 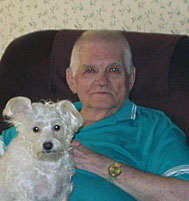 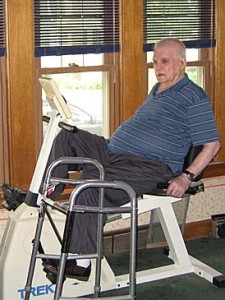 I’m doing a little “info gathering” for a new, personal site I’m working on… or at the very least, considering. So, for a few ideas and time-saving graphics (already designed) I began hunting & pecking through some oldie-moldie folders. One of the first places I visited was my old 24-7cool.com archives. awwww, remember?

I remember how much work I put into that page… mapped my hitch-hiking paths with little annotations for each location.

Then I redesigned the site with a variety of “Good Girl” comic book covers, customizing with Kitty content. Not sure which version that design was, but I think the original version was probably my fav.

Needless to say, I got a bit distracted from what I set out to do, but it was kind of fun digging around some of that stuff, ya know?

Time so flies when I have those darn flashbacks!
Alritey, better get this booty to bed… and if I do follow through with that new site, I’ll let y’all know, k? xo

For some odd reason I feel like watching the (old) movie about Jean Michel Basquiat. When it made the rounds on cable awhile back, having seen it many times before, I didn’t want to watch it again because it kind of bummed me out—made me sad (Similar to the feelings I had after viewing “Ray” with Jamie Foxx).

Maybe it’s because our Milwaukee Art Museum just wrapped up an Andy Warhol exhibition, although I never particularly cared for Warhol’s work.

Oh well, go figure. It’s not on the horizon any time soon.

Here’s a few random thingies about Basquiat for your perusal… hmm, why isn’t Apture working? Well, how about I just do this….